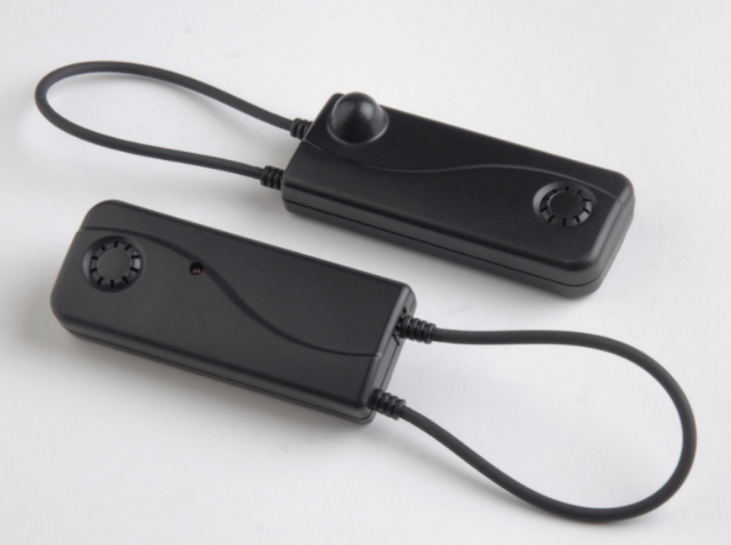 The ordinary appearance of the electronic self-alarm tag is similar to the general magnetic hard label, but it is larger than the

magnetic hard label. It differs from the ordinary hard label in that it has a double anti-theft alarm function. The self-hardening label first has its own magnetic and alarm frequency. This function is the same as the normal label. Once the attachment is at the exit, it will alarm. Secondly, it has a disconnection alarm (pushing alarm) function inside, and there is a button battery and a mini alarm installed inside the label, so once the anti-theft rope is cut or broken, it will automatically alarm immediately, without the alarm antenna attachment. It will immediately alarm and the anti-theft effect is very effective. However, since the price is higher than the ordinary hard tag, this self-alarm tag is generally used for the installation of a high-priced product.

Spider anti-theft tags and ordinary hard tags are completely different in appearance. They are a large circular self-alarm tag. It is called a spider because it has four extendable anti-theft ropes. The length of the four anti-theft ropes is adjustable, and can reach 3 meters, 6 meters, 8 meters and custom longer, so it can protect very large objects. The anti-theft feature of the spider tag itself is also very powerful, with dual and triple anti-theft features. One is the eas antenna alarm, the second is the disconnection alarm and the antenna alarm, and the triple is the disconnection alarm, the antenna alarm and the self alarm. However, spider tags are generally used less because the cost is much higher than that of ordinary tags. So spider tags are generally used in very expensive electronics or other high-priced products in large packages.

The appearance of electronic alarm tags has increased the level of anti-theft of EAS by one level. In addition to the detection of conventional hard tags, the tag has an alarm function, which can quickly attract the attention of the clerk and reduce the theft rate. Market inspections have proven to be reliable, stable electronic alarm products, especially tags with lanyards to avoid damage to clothing.